David Gilman, author of The Devil’s Breath, has an interesting life story himself. Principal writer for the UK TV show A Touch of Frost, David has also worked as a firefighter, professional photographer, marketing manager, and served in the British Army’s Parachute Regiment Reconnaissance Platoon. The Devil’s Breath is the first of an eco-friendly teen super-fit school kid that saves the world series The Danger Zone.

Max Gordon is a 15 year old boy attending a physically tough school that seems to have prepared him for the life of a super-agent. With an attempt on his life in the first scene, we quickly realize Max is no ordinary teen. He keeps his cool, uses logic and manages to solve many mysteries to locate his father. Fortunately he has the help of three too-cool-to-be-believed friends. All were strong characters and I suddenly wanted a daughter just so I could teach her how to fly when she is 12. Oh, wait, I have to learn first.

Quickly after the attempt on his life, Max realizes his father is in danger in Namibia (one of the world’s driest countries). Max is aided in searching for his father by a friend who is a Bushman. My favorite scenes in the book are those describing the bush lifestyle. There is even a plea to help the Bushmen’s very real plight at Survival International’s Web site.

I had to wrestle this title back from my student book blurb bloggers (say that 3 times fast) in order to read this title myself. I made sure to read all 390 pages of my ARC in 3 hours so I could return the book to them tomorrow. They warned me that I will have never seen such evil retribution if I don’t return the book fast tomorrow morning!

My savvy students are racing through this adventurous romp and recommending it to their friends who like Anthony Horowitz’ Alex Rider series, Clive Cussler, Ted Bell, and James Bond. Some of them discovered online that the UK version was released a year earlier and they have pestered me for links so here you go:

What will I do when the students realize that the second in the series: Danger Zone: Ice Claw was released in the UK July, 2008? I wonder if my assistant Dorothy is going to England for the holidays. Hmm… Perhaps she could slip in one little book upon her return. 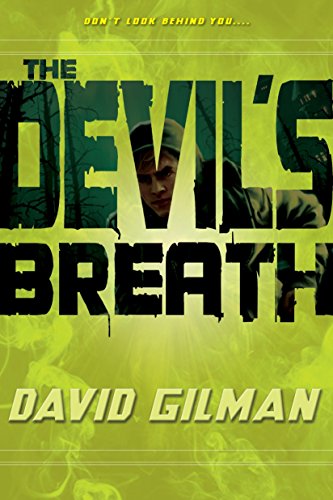