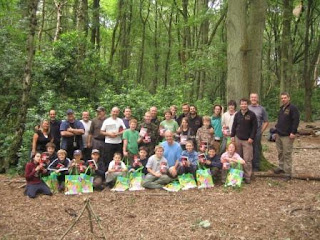 A gathering of the clan in Cannock Wood, Staffordshire, as the winners of Max Gordon’s Survival Quiz spent a weekend with their dads and friends learning how to do it for real with a great bunch of guys from Trueways Survival - Chris (Grizzly), Steve and Paul - all of them absolute experts at surviving in the wilderness.

I managed to get there just as all the hard work had been done and in time to witness the fire-starting competition. No matches, no lighters, and the first to get a brew going for me, would win. 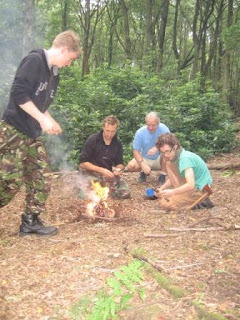 These were the main pyrotechnic culprits!

Apparently, the night before they had to build a ‘rescue fire’ and reports are that it could be seen from space!

I’m definitely hiring them out for Guy Fawkes’ Night.

There was enough water being boiled here for everyone to have a bath. Maybe that was the idea. 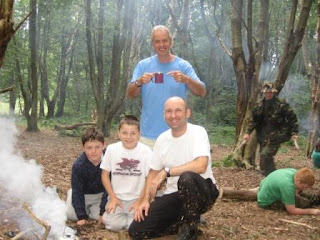 It was Carl, Benjamin and Callum, who made the quickest cuppa! (Everyone’s fire was great but I think they had just the right amount of water to boil.) This is it - just before I scalded my tongue to death.

I don’t know who the ‘commando’ is sneaking up behind me - but he never got the mug of tea. I can run, y’know. 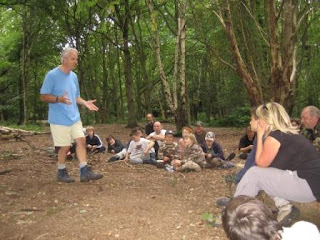 So, I said to David Beckham, ‘Look, when you kick a ball you should try bending it. Just a little tap like this’ll do.’

You believe that and you’ll believe anything - so this is me telling a story about a spider the size of a plate that crawled all over me when I was in Tahiti (I didn’t mention the crabs that are the size of a Jack Russell terrier.) And that is true!

Everyone at the course had a great time. I know they were all thrilled to have such expert advice, and to experience the same kind of things as Max Gordon. As an example, here’s Benjamin, Callum and Carl - home from home - a cracking good shelter, plenty of wood for a fire, and ready for the night. 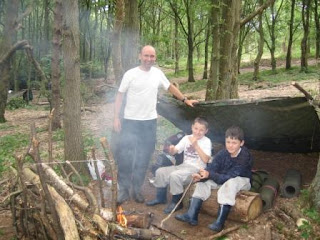 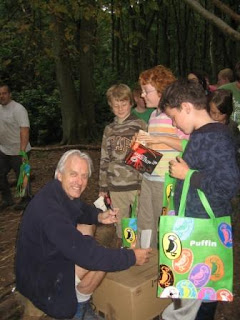 And this is one of the craziest places I’ve done a book-signing session. Balanced precariously on a log, writing on an upturned cardboard box. Thanks Emily and Sophie for setting everything up.

So, well done everybody -

I know Max Gordon would want you along on an adventure!

I hope this has whetted everyone’s appetite for the true way of surviving outdoors. Treat the wilderness with respect, tread lightly, and leave only your shadow.