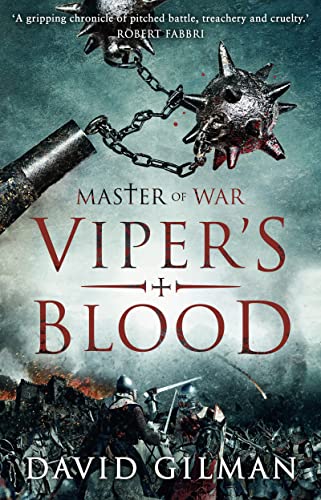 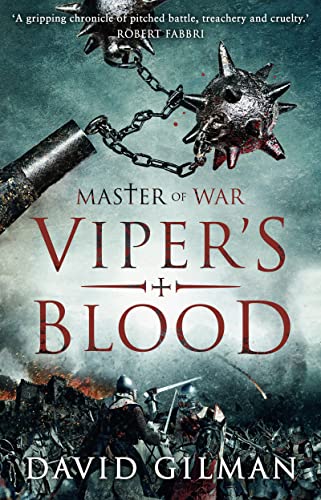 Winter, 1360: Edward III has invaded France at the head of the greatest English host ever assembled. But his attempt to win the French crown is futile. The Dauphin will no longer meet the English in the field and the great army is mired in costly sieges, scavenging supplies from a land ruined by decades of conflict. Facing a stalemate—or worse—the English are forced to agree to a treaty. But peace comes at a price. The French request that Blackstone escort the Dauphin’s daughter to Italy to see her married to one of the brothers who rule Milan—the same brothers who killed Blackstone’s family. Blackstone, the French are certain, will not leave Milan alive.

hang onto his every breath-taking, shock ridden, plot-twisting word
Thomas Blackstone is an excellent character
Vipers Blood - The Bookbag Review

Next book: Master of War: Scourge of Wolves